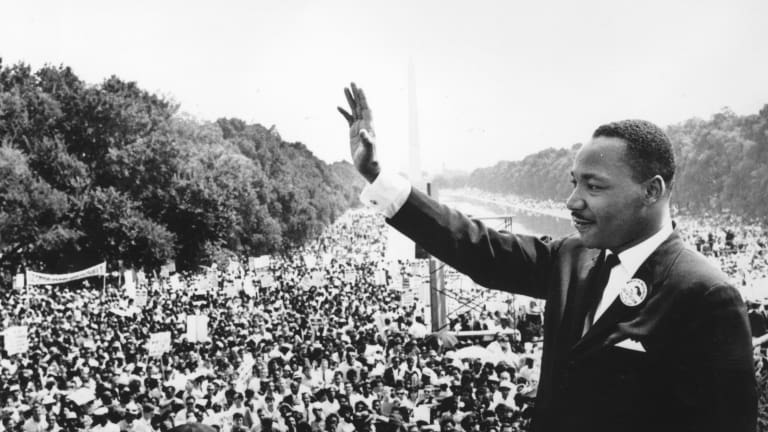 In my classroom while teaching the paragraph, I often will use this sample paragraph by Martin Luther King Jr to illustrate how a great paragraph works. King’s use of repeated key words, pronouns, and syntax to achieve coherence; his clear and arguable topic sentence; and his concise/effective development and summary are writing skills to which all writers can aspire.

Violence as a way of achieving racial justice is both impractical and immoral.  It is impractical because it is a descending spiral ending in destruction for all.  The old law of an eye for an eye leaves everyone blind.  It is immoral because it seeks to humiliate the opponent rather than win his understanding; it seeks to annihilate rather than to convert.  Violence is immoral because it thrives on hatred rather than love.  It destroys community and makes brotherhood impossible.  It leaves society in monologue rather than dialogue.  Violence ends by defeating itself.  It creates bitterness in the survivors and brutality in the destroyers.  A voice echoes through time saying to every potential Peter, “Put up your sword.”  History is cluttered with the wreckage of nations that have failed to follow this command.   – Martin Luther King Jr.

These words, however, have taken on a new and important meaning for me as I watch the violence, looting, and rioting occurring in the US over the past months since the horrible (and morally repugnant) death of George Floyd.

Martin Luther King Jr, if alive today, would be laying his life down to stop this madness and descent into chaos. And the thing that bothers me most today is how none of our Canadian leaders or even general population (like myself) will take a stand and say, unequivocally, that this lawlessness and violence is wrong!

I do not know exactly how many people have been killed (including children) or how many law officers have been killed and injured; it is hard to get exact numbers…but seriously, how bad does it have to get before we say anything in support of those forces that are trying so hard to keep the peace and stop the US from sliding into a civil war? …don’t think it couldn’t happen. How long will it before the extreme right starts marching with armour and assault weapons (flying Confederate or Nazi Flags) as I saw on the news: a group of black paramilitary marching through the streets flying their flags? Is this what we want?

I get that the problem is that our leaders (and many Canadians) sympathize with the BLM motives–so while they, like Trudeau, will kneel down in support of BLM, they dare not criticize the protests/violence/rioting/looting/statue desecration, etc. and come out in support of those brave people trying to restore order because it upsets their world view of us/them–or to put this in its most basic (allegedly) morally superior terms: the racists (represented by law enforcement) verses the non-racists (represented by those throwing insults, bottles, bombs, and even bullets at the police.)

When we refuse to come out and say that we want this violence to end, our silence is condoning it. Another great quote from King is that “the only thing required for evil to triumph in the world is for good people to do nothing.”

Many people and leaders who are appalled at what is going on are too afraid to say anything publicly against the rioters because then they will be called a “racist” and could even lose their jobs because of it. Look what happened to Don Cherry, as an example of the 1984 Thought Police ethics that are now patrolling all public discourse in our country!

I know that there are many people, even among my family and close friends, that will vehemently disagree with me and express their holier-than-thou attitude that there is just cause for these horrible demonstrations that are anything but peaceful and non-violent. They say: We have to end White Privilege and Black Exclusion–at all costs! and through any means! This attitude (as reflected in our leaders’ silence on the rioting) is very dangerous and is very mainstream today.

So I hope you all can see how I think that this silent (condoning) attitude toward violence is dead wrong. Please give a fair hearing to Martin Luther King Jr. Or if not him, open your mind to the certain teacher, alluded to in the final line of King’s paragraph. According to the accounts written in the Gospels, when Jesus was being led away to the crucifixion, Peter stood up and drew his sword, cutting the ear off of one of the Roman Guards about to arrest Jesus. Jesus said to Peter (and I am paraphrasing here) put your weapon away. Violence only breeds more violence. That is not want I want for the world or my legacy.

His words still echo in my head and have the ring of truth to them. I encourage everyone to listen, weigh them with an open mind and heart. And ask yourself if violence to achieve racial justice can ever be condoned, justified, and/or successful?